Members of the STANDING FIRM Advisory Council represent all segments of business, safety, and nonprofit employers.

They are passionate about ensuring a workforce that is healthy and workplaces that are safe and effective. Their commitment to the employer community enhances the strategic vision of STANDING FIRM and broadens its impact on the community.

Representatives of the STANDING FIRM Advisory Council also serve as members of the Board of the Women’s Center & Shelter of Greater Pittsburgh. 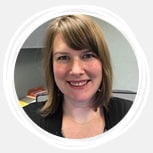 Megan Rose assumed the role of Chairwoman of the STANDING FIRM Advisory Council in January 2022. Megan serves as the Senior Director for Community Engagement at the National Council of Jewish Women, Pittsburgh. Megan is a licensed attorney with experience in nonprofit management and a passion for policy. She earned an undergraduate degree in Journalism from Ohio University and Juris Doctorate from the University of Toledo College of Law. She resides with her family in the Highland Park neighborhood of Pittsburgh. 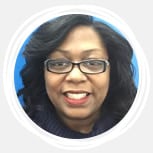 Monica Alston, Operations Construction & Administration Manager, for Peoples Gas an Essential Utilities Company, has over 36 years of extensive customer service, construction administration and operations experience with diverse companies. Monica started her career with AT&T Communications, a Fortune 500 company. Over her 18 years at AT&T, Monica developed her business knowledge and team building skills within the International, Residential Local and Long Distance Consumer Sales and Service divisions. Later, Monica transitioned into the utility sector and began a career with Equitable Gas and now Peoples Natural Gas. Currently in her 17th year in the utility sector, she works to manage diverse departments providing excellent level of process improvements. Extensive experienced with Process Management, Vendor Management and developing internal customer service teams. Over the years Monica participated in special assignments, which included establishing and implementing several new call center environments on and off shore. She also responsible for the process to interview, hire and train company employees for AT&T, Equitable Gas and Peoples Gas in a wide range of positions. In addition, she assisted with union and company contract negotiations. Monica is active member of Peoples Diversity & Inclusion committee, co-chair for the Women with Energy committee at Peoples Gas, a member of United Way Women Leadership Council, a member of the Western PA Women Energy Network, and a Leadership Pittsburgh XXXVI Alumnus. 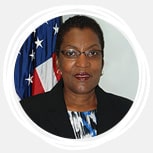 Maurita currently serves as Assistant Superintendent for the Allegheny County Police Department. The former Assistant Chief of Investigations for the City of Pittsburgh’s Bureau of Police, Maurita spent 39 years in law enforcement with the Bureau, 23 of which were in a supervisory capacity. Maurita began her career in law enforcement in 1977 as a recruit and served in various other assignments before moving into leadership positions in the Bureau. She is affiliated with the International Association of Chiefs of Police, the National Organization of Black Law Enforcement Executives and the Western Pennsylvania FBI Academy. Maurita holds a Master’s of Administration of Criminal Justice and a Bachelor’s in Criminal Justice, both from Point Park University. She has also received training from IACP Leadership in Police Organizations, Virginia Center for Policing Innovation, the Police Executive Research Forum and the Justice and Safety Institute, to name a few. 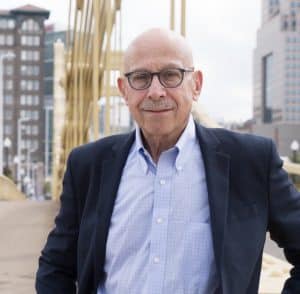 Richard brings more than 25 years of business leadership and consulting experience to his clients and their organizations at Citrin Consulting. As an organizational consultant and executive coach, Richard has worked with many large and small organizations and has been involved with Standing Firm since its founding days; most recently serving as chairman of the Advisory Council for six years. An active community volunteer, Richard serves on the boards of arts and human service organizations and the planning commission of O’Hara Township.

Kiersten Crosby, Managing Director of Talent Acquisition, Strategy and Planning for FedEx Ground, has over 20 years of experience in employment law and human resources. In her current role, Kiersten’s strategic leadership responsibilities fall under the areas of talent acquisition, performance management and development, and employee relations. She earned Bachelors of Science Degrees in Psychology and the Administration of Justice from the University of Pittsburgh, and a Juris Doctorate from Duquesne University. 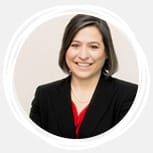 Valerie is a results-oriented entrepreneur, investor and start-up business advocate with a proven track record in building profitable businesses for more than 20 years. Valerie earned a BA from Dickinson College in Carlisle, PA. She founded her first company, Capital Growth, Inc. (CGI), in 1994 as a venture capital data and information publishing company and has bought and successfully sold several small and medium sized business properties over the last several years. Valerie co-invests with various investor groups including Hivers & Strivers which focuses on investing in and mentoring start-up companies run by U.S. Military Academy graduates. She served as President of the Pennsylvania Angel Network, Director of the Private Investors Forum, and is Founder of the Angel Venture Forum. In her spare time she races sailboats on the Chesapeake Bay. She is currently running for the Pennsylvania State House of Representatives District #44 (Allegheny County) to be a strong advocate for Pennsylvania entrepreneurs and innovators. 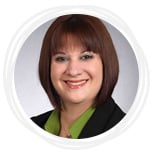 Patricia is a Senior Manager at Schneider Downs & Co, Inc. Patricia has over 15 years of experience in the accounting profession serving a variety of industries. She earned her Bachelors of Science in Business Administration Degree in Accounting from Clarion University and is a licensed CPA in the state of Pennsylvania. She has experience in serving diverse groups of privately owned companiewithin a variety of industries. In her current role, Patricia is responsible for audit, compliance, and consulting engagements for her clients, and staff training and development.  Patricia has spent a substantial amount of time providing technical guidance and education topics to clients and staff. Additionally, she is a frequent speaker on recently issued accounting standards.  Patricia also participates as a board member of Bethlehem Haven and a member of the board of trustees for the Catholic Cemetery Association. Additionally she is a past graduate of Leadership Development Initiative XX through Leadership Pittsburgh. 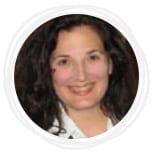 Janet is the Manager of Talent Acquisition and Development at the Elliott Group, a worldwide leader in turbomachinery headquartered in Jeannette, PA.  She has over 25 years of experience in consulting and Information Technology where she has been responsible for various aspects of human resources and leadership development.  She currently leads Elliott Group’s recruiting and talent development functions.  She earned her Master of Adult Education at the Pennsylvania State University and is a certified Leadership Architect from Lominger-Korn Ferry and a GROW Coach from InsideOut Development.  Janet has a history of community involvement with a variety of organizations ranging from her local PTA and church to various professional organizations.  She has been a member of the STANDING FIRM Advisory Council for several years. 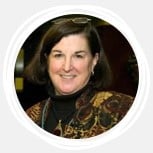 Kit is Assistant Dean for Entrepreneurship Initiatives and Director for Project Olympus for Carnegie Mellon University. She provides start-up advice, business strategy planning, connections to industry experts, advisors and the business community to student, faculty, staff and alumni startups. She is a certified Instructor for the National Science Foundation’s iCorps programs and an Amazon Alexa Innovation Fellow.

She was a Senior Vice President at the Allegheny Conference on Community Development working on education and economic development initiatives. Prior to that, she was Chief Operating Officer of Mellon Lab which was responsible for creating revenue-producing businesses for Mellon Bank. She also provides consulting services to promote economic growth to Chambers of Commerce, individual entrepreneurs and non-profit organizations.

Kit is a Board member of the Women’s Center & Shelter for Domestic Violence, and an Advisory Board member for STANDING FIRM. She is a graduate of Leadership Pittsburgh XIX.

Kelly Nelson is Director, Labor and Employee Relations for Koppers.  She is responsible for labor relations functions and related interactions with employees at the corporation facilities across North America.

Kelly joined Koppers in 2015 and has negotiated numerous labor agreements.

In her current role, Kelly has developed and strengthened professional relationships with national representatives of the various labor unions representing the company’s hourly employees, including the United Steelworkers, United Auto Workers, International Association of Machinists, Laborers, and TCUnion.  As applicable, she also has coordinated employee functions in facility closures.  In addition, she manages all leaves of absence associated with the company’s employees in North America.

She chairs the American Coal, Coal & Chemical Institute Human Resources Committee, has contributed to seven editions of The Manager’s Bookshelf: A Mosaic of Contemporary Views, and is active in raising funds for Assistance Dogs of America Inc.

She resides in McMurray, Pennsylvania and her children and grandchildren live in the Pittsburgh and Erie areas.

Pat Raffaele serves as director of Business Partnership & Development for The Center for Health Affairs and CHAMPS  (The Center) in Cleveland, Ohio. In her role, she leads The Center’s corporate development efforts, connecting partners with members through The Center’s innovative programming.

Prior to joining The Center, she served as the Chief Relationship Officer for Healthcare Council of Western Pennsylvania. In her role, she she developed a successful sponsorship and Allied membership program, creating relationships and raising funds to support member services. She also raised more than $1 million in grants supporting members and initiatives in community health and health equity. This outreach included funding to implement a community health worker model in two communities; and funding during the height of the pandemic to provide food access support to thousands of healthcare staff members working in long-term care.

She also served as the strategic communicator for the organization and led advocacy-related initiatives on the local, state, and federal levels. She recruited and retained members, supported several member committees, and provided member education programs.

Her career also included working in public relations at Indiana Regional Medical Center and honing her writing skills as a journalist for local and national publications.

A graduate of Leadership Pittsburgh, Pat’s community engagement focuses on improving community health in the region. Currently, she serves as a member of the Advisory Council of STANDING FIRM and as a member of the Sustainability Committee for Global Links. She is also the incoming president of the Pittsburgh Society of Association Executives. 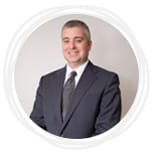 William Ries is UPMC Health Plan’s Senior Director of Government and Industry Relations. In this role, Bill is responsible for building relationships with government leaders and managing UPMC Health Plan’s presence in Harrisburg, PA. Prior to joining UPMC Health Plan, Bill served as Director of Government Relations for PPG Industries. He also worked in Washington, DC as Chief of Staff to a member of the House Ways & Means Committee, and in Harrisburg as the Executive Director of the Pennsylvania Senate Finance Committee. During this time, Bill was involved in several conference committees and negotiating groups to enact state budget, property tax, business tax, and purely public charities legislation. Bill received his undergraduate degree from Dickinson College in Carlisle, PA, and is a veteran advocate of several political campaigns, including congressional and presidential elections. He resides in Wexford, PA with his wife and three sons. 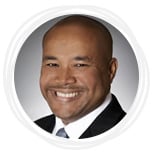 Kevin is a recognized expert in the security industry with an established reputation for excellence and a proven history of creating and developing unique strategies to reduce risk, protect assets, and drive down loss. After a distinguished career in law enforcement, Kevin joined the public sector where he was Senior Vice President, Midwest Regional Director of Risk Control Services and Security Risk Consulting Practice Leader for Willis Towers Watson. After 10 years at Willis Towers Watson, Kevin is currently employed with the Pittsburgh Cultural Trust as the Chief Security Officer (CSO) to safeguard the guests, staff, properties, events, and brand of the Pittsburgh Cultural Trust. In addition, Kevin also serves as an Associate Security Representative/Consultant for the National Football League (NFL). 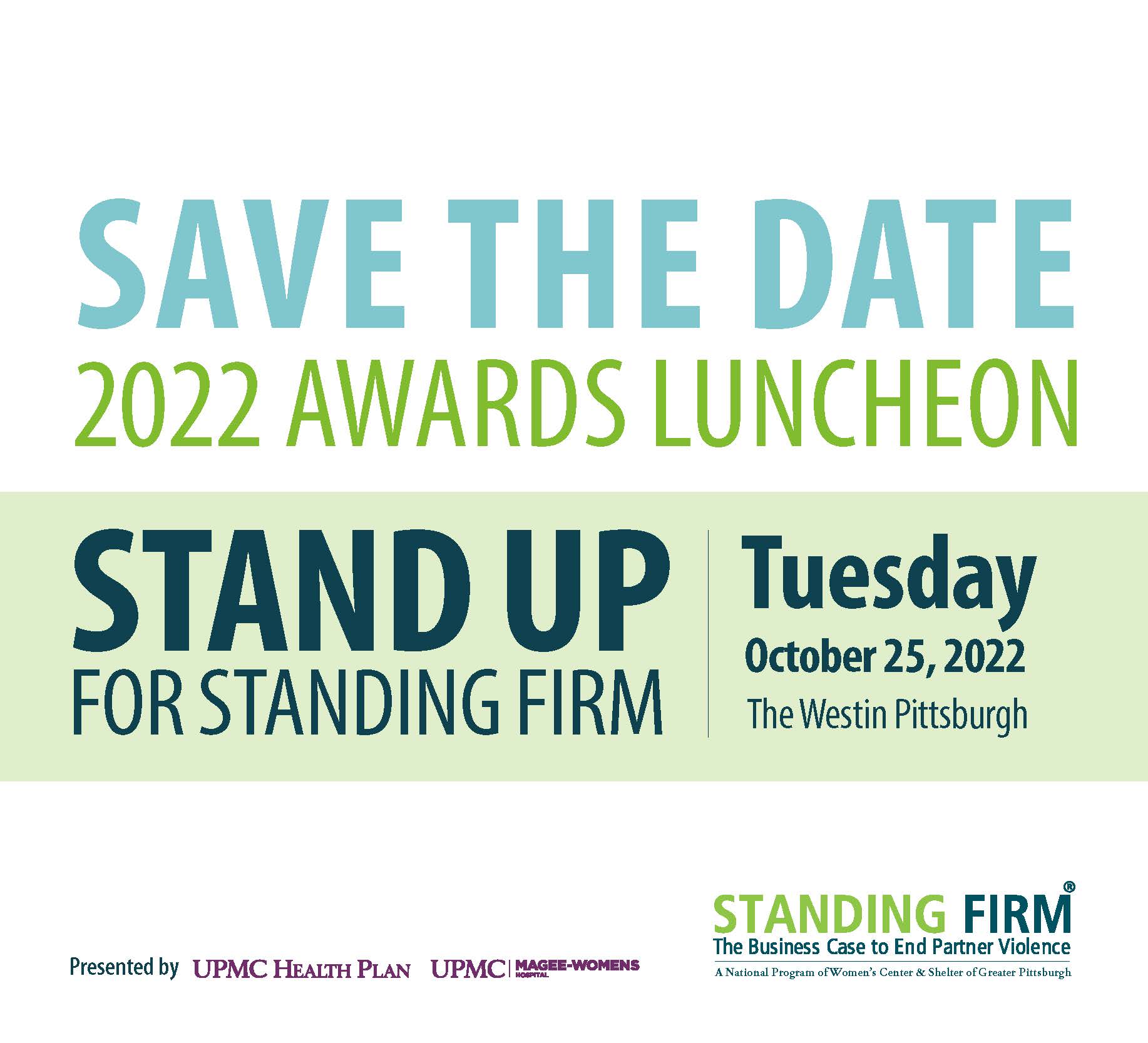